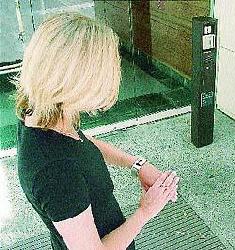 The future will be an era of pervasive computing, of anywhere- anytime access to information and network services. To have such access, one has to carry the devices always; so they should be unobtrusive, match our lifestyles and become fashion accessories. This trend has been seen in contraptions like mobile phones, computers, laptops, personal digital assistants … where form and styling are as important as functioning.

However, says Cameron S. Miner of the User Experience Research Group at IBM’s Almaden Research Centre in San Jose, California, one problem is that technology makes these information devices smaller but loaded with more functions. Mobile phone – once conveyors of voice – now deal with multimedia information over the Internet. Since our fingers are not becoming any smaller, nor our eyesight any sharper, manipulating the traditional button or pointing interfaces for complex functions can be tedious and frustrating.

The solution: distribute the functions over various devices which are networked i.e. by taking the interface apart, putting different functions in appropriate places and allowing them to communicate wirelessly.

Working on this track, the USER Group at Almaden has designed what it calls «Wearable Computing» – computing devices disguised within everyday accessories. Thus was born the concept of digital jewellery – a microphone on a tiepin or a necklace, an ear piece on an ear ring, a bracelet with text entry or dialling capability, a wristwatch with a select button and scrollable display, a ring with a track point …

Miner says he got this idea from his boss, Robert Morris, who heads the Almaden facility. The rather conventional Morris said he would pierce his ears if it meant he could talk to his secretary while walking down the halls and avoid using a clunky earpiece.

Through an IBM job fair, he found Denise Chan, one of the first to graduate from Stanford’s School of Product Design, which combines engineering and art in its curriculum. Miner hopes Chan’s sense of aesthetics will be transferred as easily to the USER Group at IBM, which is working on a host of portable technologies, including a wearable computer. Chan and Miner’s collaborative designs are not headed to stores yet, but working prototypes are out and the next couple of years should see the commercialisation of digital jewellery. 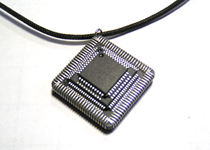 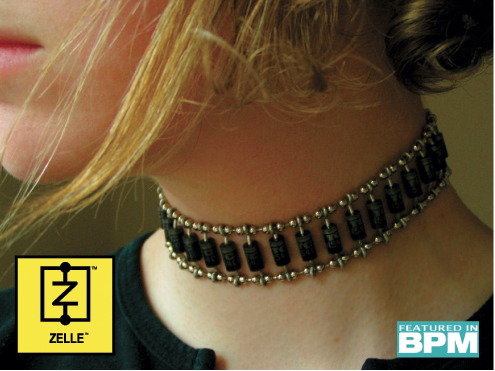 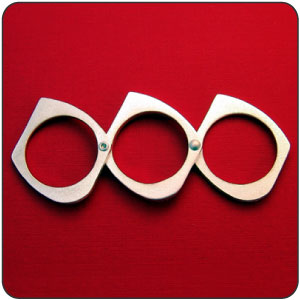 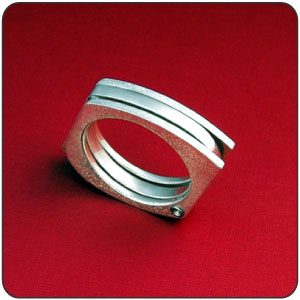