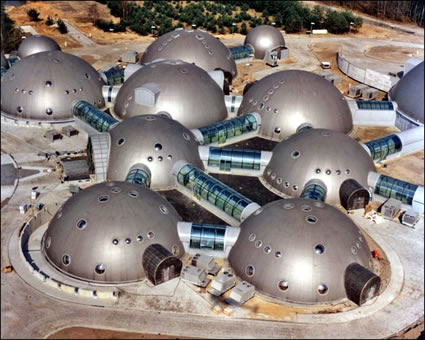 In 1998, we received a visit from the Polish Radio station , Radio Muzyka Fakty Sp.z oo (RFM-FM). This large radio station covers all of Poland, but also broadcasts to audiences in other countries. Chicago, Illinois is the second largest broadcasting city for Poles and Krakow is number one.

The management personnel who visited in 1998 told us they wanted a “well, thought-out” office complex for their radio station. We worked with them for a few months on the design, but they wanted the facility done much faster than we were able to provide at the time. So they contracted another Monolithic Dome builder in France who ended up building this facility for them.

This facility offers a 21st or 22nd Century exterior. Whenever I show people the photograph of this office complex they always remark, “Oh neat!” or “That’s spectacular!” Can you imagine a visit to this place? You wouldn’t look at an office building in the same light again. This same general complex can be built for a school, church, college — something that looks to the future.

It’s been proven that the modern or futuristic look affects people in a positive way. We have seen this at Emmett High School in Emmett, Idaho. A super-modern facility has a very positive impact on students. Likewise, a Monolithic Dome facility can send a super-modern message to any retail establishment, manufacturing plant, church, and more. 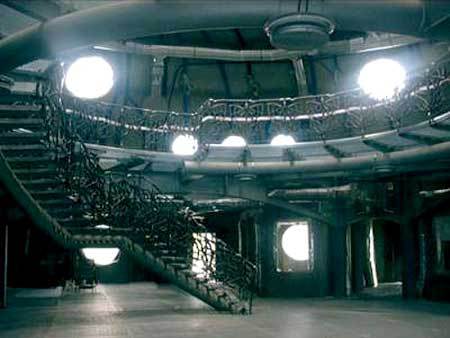